BMW fans and drivers will have an exclusive opportunity get involved with the development of BMW’s urban development programming at the Participatory City: 100 Urban Trends from the BMW Guggenheim Lab, an exhibition summing up the experiences and concepts generated during the two-year run of the BMW Guggenheim Lab. The event will be presented from Oct. 11, 2013 to Jan. 5, 2014, at the Solomon R. Guggenheim Museum.

The exhibition is the culmination of the Lab – an urban think tank, community center, and public gathering space – that traveled from New York to Berlin and Mumbai to inspire innovative ideas about urban life. Tens of thousands of participants engaged with the Lab’s free public programs, urban projects, and research initiatives, both on-site and online. The public’s participation was an integral component in developing the Lab. BMW Guggenheim Lab is a co-initiative of the Solomon R. Guggenheim Foundation and the BMW Group.

“With the BMW Guggenheim Lab, we have extended our mission beyond the walls of the museum, providing the Guggenheim with new ways to engage directly with the public and demonstrate our commitment to innovation in the fields of architecture and urbanism,” said Richard Armstrong, Director of the Solomon R. Guggenheim Museum and Foundation. “The Lab ignited an important conversation about the differences and commonalities of urban environments and the power of cities as idea-makers. The Participatory City exhibition brings together the ideas found along the way, celebrating this journey and showcasing the extraordinary people and places we encountered.”

“With the New York exhibition, the BMW Guggenheim Lab adventure comes full circle. During its travels, the Lab connected people from around the world to address the challenges that so many megacities face today and in the future. Each and every one of these people who actively participated in this project, be it online or on site, are the reason for the Lab’s success,” said Maximilian Schöberl, Senior Vice President, Corporate and Governmental Affairs, BMW Group. “The exhibition allows us the opportunity to reflect on the Lab as a whole to better understand how this thinking will continue to inform urban life.”

Kanye West was recently spotted at the Givenchy building in Paris driving a black, matte finish Porsche Panamera. He’d previously done his best to avoid the paparazzi on his flight out of the country by flying out of San Francisco instead of LAX. Maybe the last thing he wants is more attention after his rant on twitter about Jimmy Kimmel? The rapper recently tweeted up quite a storm towards the comedian, who had teased Kanye with a funny video of two kids reenacting Kanye West’s BBC radio interview. Regardless, he’s certain to attract lots of attention with his current whip. (source) 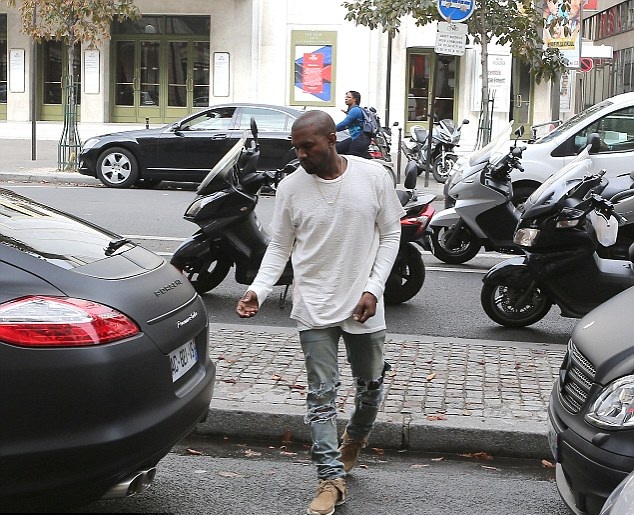 As if it wasn’t fancy enough already, now the Cadillac CTS is officially FAST too. Cadillac validated its all-new 2014 CTS midsize luxury sedan and power-packed CTS Vsport at the world’s most-demanding test track – Germany’s Nürburgring – and recorded lap times to enhance the nameplate’s reputation as a driver’s car.

Check out the video at SimplyCadillac.com

Check out the car at CelebrityTransit.com

Check this out! We’ve never even heard of this woman. You?

The Nashville woman whose simple life as a golf coach at Tennessee State University is now attracting national attention, as Catana Starks is about to go Hollywood.

The story of her career as the men’s golf coach at TSU will be told on the big screen nationwide.

The movie, titled From the Rough, comes out this fall. It’s the story of her time at TSU as the first woman ever to coach a men’s golf team.

She and the team were initially ridiculed until success slowly came to the team.

Read the rest at BumperCandy.com

It’s 1968. One of the number one R&B songs is America is “I Heard It Through the Grapevine,” by Gladys Knight & The Pips. Richard Nixon has just been elected president and the Japanese Toyota Corolla has finally been introduced to the United States market. At the time, the big selling point was simplicity– it was the smallest Toyota ever sold in America. Fast forward to today and a few things have changed in the world of Toyota. Starting at $16.8K for the lowest trim level, the Corolla is still one of the most affordable compact cars in the world, which helps explain its popularity. According to the Toyota executives, the Corolla is not only the best-selling cars in the world (40 million units sold since it’s launch in 1966), it’s specifically the best selling car amongst African-American, Asian and Hispanic buyers. And that’s not just because of it’s low price point.

Read the rest of the story and see the pictures at SimplyRides.com!

Let’s face it, ladies, bad boy swag will always be appealing but, whether your guilty crush is a roughneck biker boy or a hip-hop mogul, his style game has got to be tight.

Clearly, Memphis born rapper, producer and car lover Drumma Boy got the memo.  Dressed up or dressed down, Drumma Boy radiates the confidence of a man who has accomplished much—like producing tracks for Musiq Soulchild, Lil Wayne, and even the great Mary J. Blige. Not to mention the fact that his current track for Waka Flocka (“No Hands”) has reached #1 on the Billboard Rap Songs Chart and the accompanying video has collected a staggering 40 million YouTube views to date.

Read the rest of the story at BumperCandy.com.

An enlightening interview with Constanza Romero, the widow of iconic playwrightAugust Wilson. This interview came out of TheAugust Wilson Century Cycle celebration at The Greene Space, which is sponsored byLincoln Motor Company. The event is essentially a series of recorded radio shows during which a collection of renown actors and actresses conduct a dramatic reading of all 10 of August Wilson’s plays.

Check out the interview at BumperCandy.com.

While Memorial Day Weekend in the States was all about beaches and BBQ, overseas the weekend was celebrated a little differently. Car (and motorcycle) lovers galore had a high time in Italy at the annual Concorso d’Eleganza Villa d’Este.

Held along Lake Como in Cernobbio, the Concorso was the hot spot as nearly 6,000 car enthusiasts from around the world gathered to witness a spectacular fleet of classic and concept cars, along with cutting-edge motorcycles, all competing for public- and jury-selected awards.

Read the rest of the story at BumperCandy.com.

Cadillac just made some more history. The one-millionth (!) Cadillac ever was just built at the General Motors Lansing Grand River Assembly Plant.

Check out the photo at SimplyCadillac.com.